When you’ve passed the century mark keeping track of your own history can be a bit of a challenge - so we’re looking for all the help we can get. 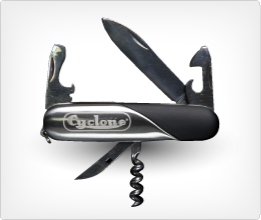 When you’ve passed the century mark keeping track of your own history can be a bit of a challenge - so we’re looking for all the help we can get.

If you can help us – with historical photo's, items of memorabilia or anecdotes about Cyclone, its people, or products - we'd like to hear from  you. To say thank you - for any stories, or items used here  - we’ll reward you with this commemorative multi-function pocketknife.

Items of interest received in recent months have included a pen knife – manufactured in the  early 1950’s  and located on Trademe, a tee shirt worn during the 1985 Auckland "Round the Bays" plus this really interesting 1936 handbook donated by Mr Ted Bugden.

As well as giving us a snapshot of NZ farming at that time it lists the number of sheep in the country at just under 32 million, dairy cows at around 1.8 million (compared to current numbers of  around 5M) and a whole lot of long forgotten weights and measure references such as bushels, gils and pecks. 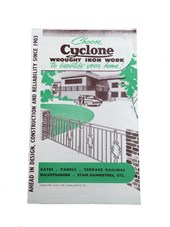 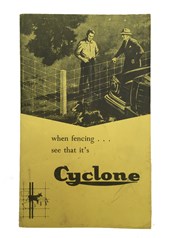 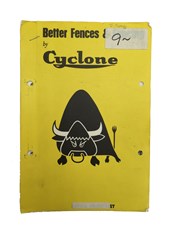 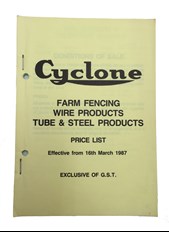 Another blast from the past

Remember when blokes used to wear these. This Cyclone Tightlock tie was a key component in the corporate apparel for management during the early 1990's.

For Geoff McPhee's father, these cuff links and the Gold watch marked  25 years service with Cyclone.

Although we're not exactly certain of the date that these items  were presented,  the reference to CMI (Consolidated Metal Industries) would suggest early 1980's.

This is how Cyclone supported their products pre-faxes, pre-computors, pre-internet and pre almost everything else.

It was discovered by fencing contractor Paul Fitzsimmons. 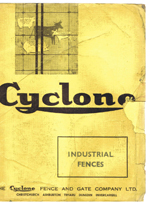 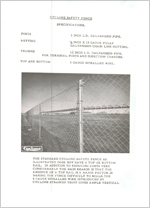 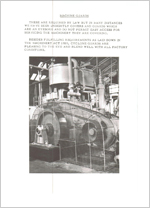 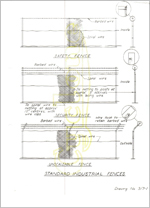 In 1989 Cyclone, along with PKR, Auto Steel Wire Nails, Hayes and NZ Wire were amalgamated  to become Wiremakers Ltd

This fencer's cap featuring both the Tightlock and Wiremakers brands was produced shortly thereafter.

These Cyclone netting clamps belong to Stuart Ellis of Ashburton - who inherited them in 1978.

They were on the farm when we brought it and were used by all and sundry in the district for their fencing needs.

Although Stuart sold his farm in 2,000 he reports that the clamps are still going strong and were last used during the winter of 2012.